The past 6 months have been full of excitement for Austin as he has travelled across both the province and the country competing in golf tournaments. As with any individual sport, the stakes can be high and it takes utmost dedication to thrive in such an environment. Austin has proved that he has the mindset to compete week in week out as one of the top players. He has put an emphasis on this statement the past few weeks, winning the Toronto Players Tour Mike Doyle Tour Championship and the GLT Tour Championship. An incredible few weeks of golf that caps off a great season. 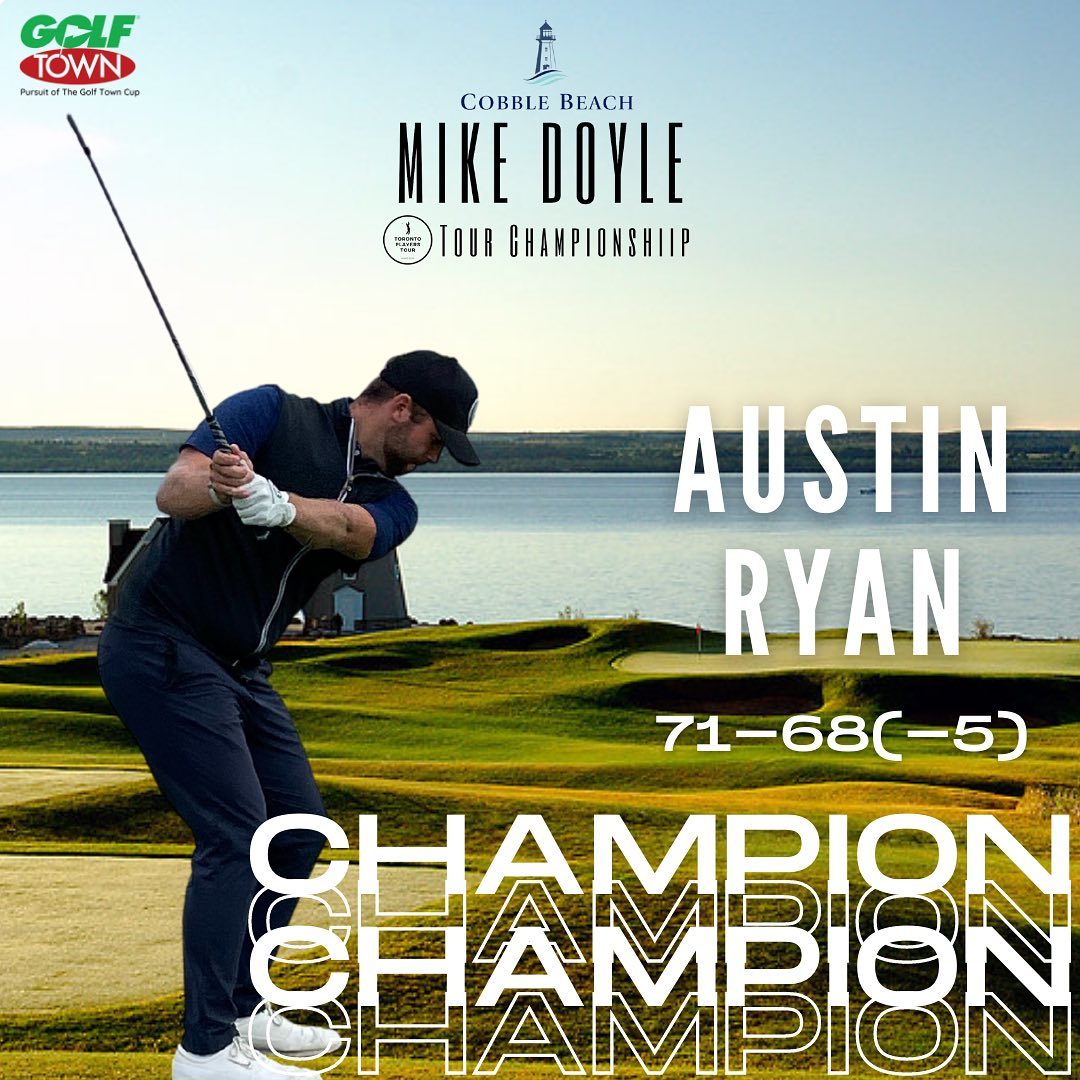 A Win at Cobble Beach

Cobble Beach is a links-style course that comes with a certain degree of pedigree. A course that has been near the top of the rankings for both Ontario and Canadian courses. It even got a shoutout by the Travel + Leisure Magazine in 2007 for being one of the top 10 best new courses in the world. A well-constructed course surrounded by the Georgian Bay. This all leads to one thing, a tough round at a top-notch golf course. When playing at Cobble Beach, it tends to feel as if your ball always wants to find its way into that large body of water. Combine this with the kind of conditions that come with golfing in October in Ontario and you can find yourself in a bit of a battle. 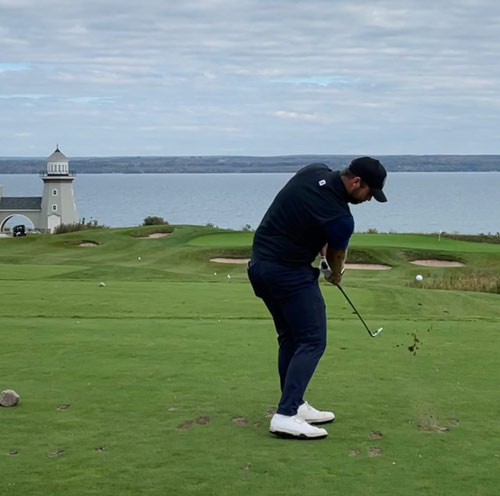 Austin discovered the difficulty of this course early, posted a double bogey on the first hole and a bogie on the 4th. Having a start like that can sometimes become overwhelming, taking a certain kind of golfer to take a step back, reset and attack the course with confidence. That is exactly what Austin did, posting a bogie-free rest of the round, combined with 4 birdies. Austin found himself in 4th place at 1-under after the first round, 4 back from the leader. As we have seen so many times this year, Austin came to play in the second round, posting a 4-under, 68. This gave him a tie for the lead at 5-under heading into the clubhouse. Derek Gillepsie headed into 18, a 541-yard par 5 with water lining the right, at 5-under. Derek came close to forcing a playoff, just missing a short chip for his par, giving Austin the victory. A truly impressive showing by Austin, and a well deserved win.

A Win at Cobble Beach

Austin continued his dominance at the GLT Tour Championship at Wildfire Golf Course in Lakeview, Ontario. The tournament was set up as a hybrid model. 20 players were invited on October 13th with only the top 4 gaining entry to the second day. Day 2 consisted of two match play rounds, a semi-finals and a finals. A high pressure type of tournament with only the top golfers making the cut, a perfect set up for some exciting golf.

Austin started off the first day strong birdieing 4 of the first 5 holes and posting a 3under front nine. He elevated his game even further on the back nine, putting up 3 birdies and an eagle for a 5-under back nine. An 8-under, 63 on the first round put him in first place heading into day 2 and set him up for a morning match with Jake McNulty.

Austin went up early and was 3-up heading into the back nine. The back nine was a bit of a different story with McNulty winning 3 of the first 4 holes, bringing the match back to a tie. McNulty headed into the final hole 1-up but posted a bogie, allowing Austin to force extra holes with a par. Austin ended up getting the victory on the 19th hole and faced Jake Scott in the finals.

Austin got off to a hot start again, heading into the back nine 2-up. Jake continued to battle and brought the match back to a tie after 15. Austin took the lead right back on 16 and held off Jake to win the match and secure the GLT Tour Championship.

In addition to his time on the Toronto Players and Great Lakes Tours, Austin has competed on the Mackenzie Tour. The Mackenzie Tour is a PGA Tour Canada tour headquartered in Toronto with events spanning across the country. The Canadian Tour has an impressive list of alumni who have earned PGA tour status including Mackenzie Hughes, and Corey Conners.

Austin has competed in several events this year and has placed in the top 20 in 4 of them. Along with this, he put up an impressive outing at the Prince Edward Island Open, posting a score of 8-under, good for a tie for 5th place. Austin currently sits at 26 on the Mackenzie Tour Points List.

Austin has certainly put up a lot of exciting golf this year. He has found himself near the top of a high percentage of tournaments that he has competed in and played some thrilling golf. Winning the Tour Championships on two pivotal Ontario golf tours is an impressive feat and an excellent way to cap off a great season. We want to give a big congrats to Austin for an excellent year of golf!